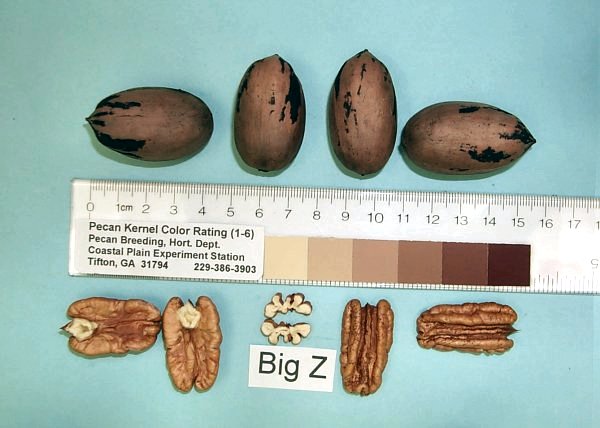 Also known as 'Zink'. It was introduced by J.W. Zink of Orange Grove, MS around 1905. It was propagated from a native selection.

Very similar to 'Frotscher' in nut and kernel appearance and quality. Yields have been good under good management. Kernel color would limit it to chopped nuts or uses where color would not matter. Not a recommended cultivar.

'Big Z' production from the Old Variety Test. Each colored line represents the yearly production in pounds of nuts from an individual tree beginning the year planted.