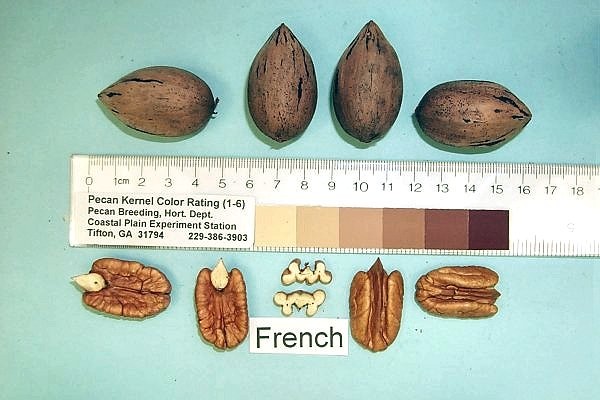 This nut has not been officially named. It is a large, fairly well-filled nut, but has a low percentage kernel due to the thick shell. It ranked first in average annual yield through the first 15 years, but this was primarily because it was topworked onto older trees. The quality of this cultivar is not competitive with modern pecan cultivars. Not recommended.

'French' production from the Young Variety Test. Each colored line represents the yearly production in pounds of nuts from an individual tree beginning the year planted.