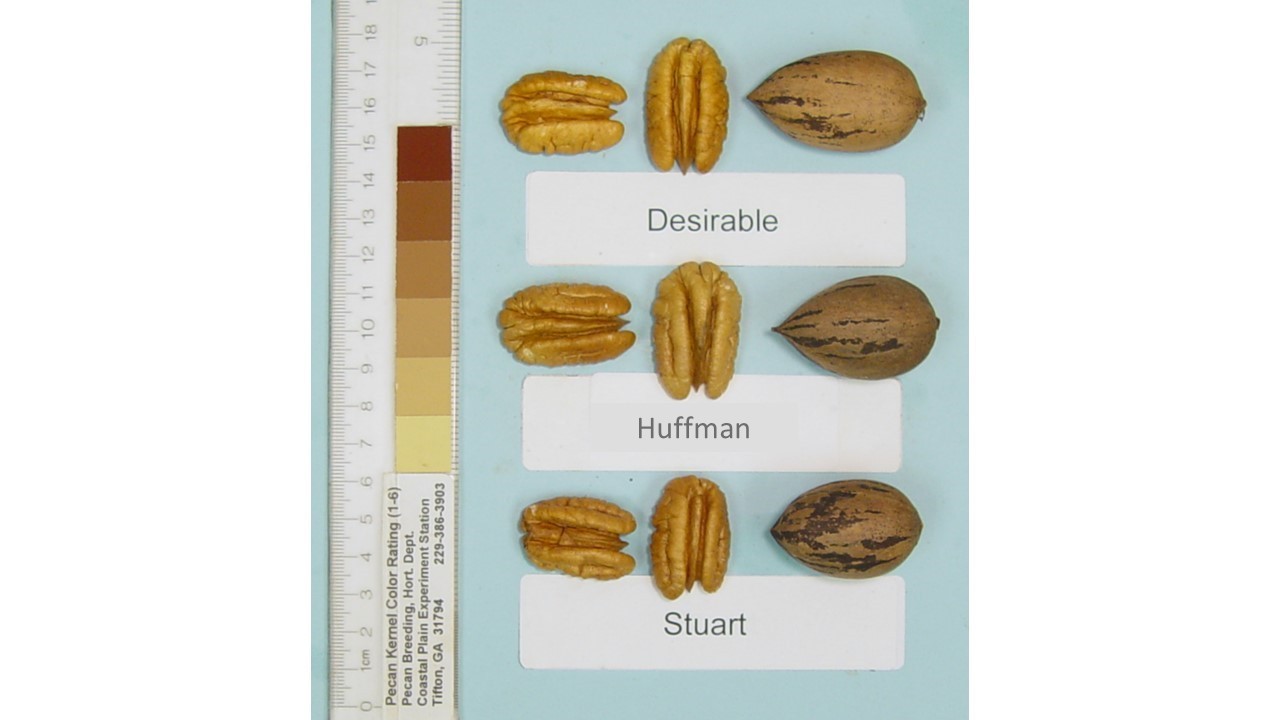 ‘Huffman’ was released in 2012 by Dr. Darrell Sparks at the University of Georgia.  ‘Huffman’ was originally tested as ‘Selection No. 3’ and originated from the cross ‘Pawnee’ x ‘Desirable’.

Trees of ‘Huffman’ were planted in Tifton in 2014 and are not yet fruiting, so we are very early along in the testing of this cultivar.  The information provided here is from observations of ‘Huffman’ in test orchards in Albany, Ga.

Current scab resistance of ‘Huffman’ is very good.  I have seen little scab on ‘Huffman’ in most of our trials and it is certainly much superior to ‘Desirable’ in this aspect.    ‘Huffman’ is pollination type I, protandrous, and would be pollinated by ‘Elliott’, ‘Stuart’, ‘Schley’, and ‘Zinner’.

‘Huffman’ was released as a scab resistant replacement for ‘Desirable’.  It is a large, good quality nut with similar shape to ‘Desirable’.  Scab resistance is superior to ‘Desirable’ and potentially very good.  Due to its intolerance to shade I would recommend it be planted in new orchards, but not interplanted into existing orchards where it would get shaded.  My biggest concern is whether the trees will be productive enough considering they should be thinned relatively early to prevent shading.  We await further yield tests to know more. 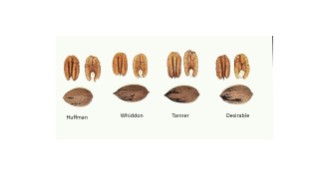 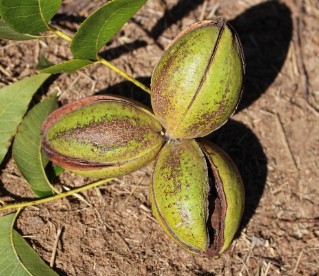