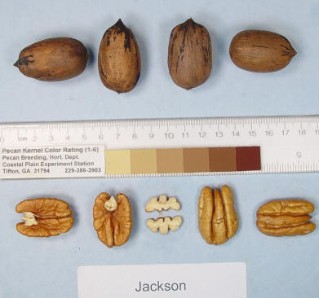 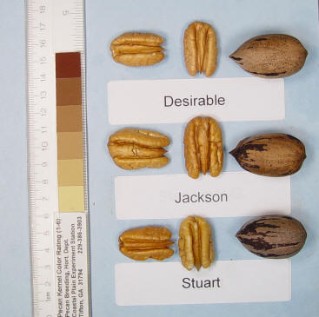 Introduced in 1917 by a Mr. Betchel of Ocean Springs, MS.

Produces a very large nut of medium quality. Kernels are generally darker than optimum. Production in our test was much lower than necessary for a commercial variety. The trees seldom set more than a single nut per cluster. This means that the few nuts you do get are well-filled even though they are quite large. Yield in other tests have also been low (Anderson, 1999; Nesbitt et al., 1997; O'Barr, 1996). This cultivar has good scab resistance and would be useful as a home orchard variety, but productivity is too low for commercial use.