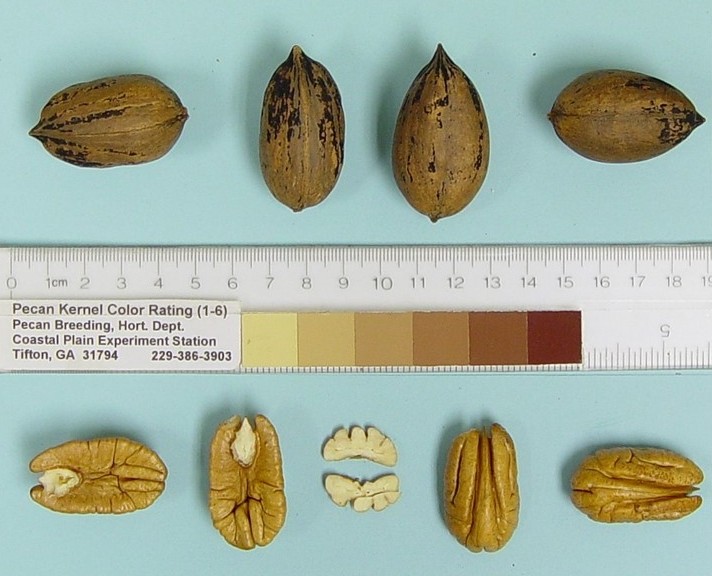 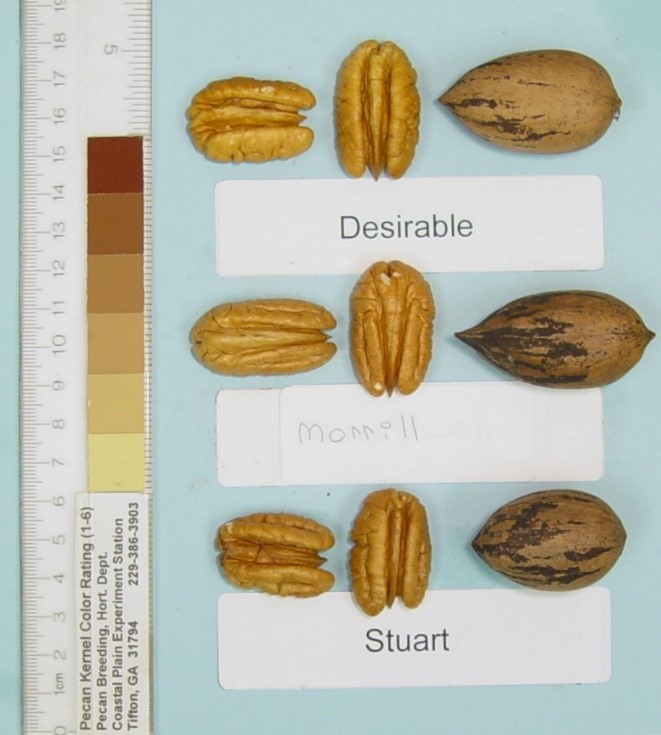 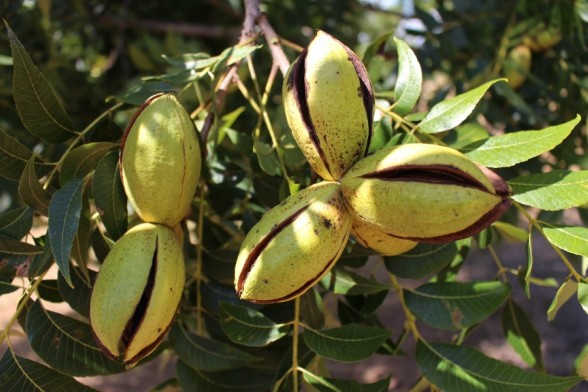 Nut quality of ‘Morrill’ is excellent.  I don’t think there is any other cultivar that can produce as pretty of a kernel.  The shell is thinner than ‘Pawnee’, but not as thin as ‘Byrd’, and we averaged 62% kernel. Part of the reason the percent kernel is so high is that the dorsal and ventral kernel grooves are very shallow and the bottom of the kernel is flat rather than curved.   Kernel color is normally very good and the nut is easy to shell into complete halves.  This is a nut that you would give someone as a gift if you really wanted to impress them, and should bring a premium price.

As you might expect from its parentage, ‘Morrill’ does not have much resistance to scab.  We saw similar levels of scab on ‘Morrill’ as we did ‘Pawnee’ and it will need a full season of fungicide protection to avoid damage.  Testing in Albany indicates that ‘Morrill’ scabs worse than ‘Byrd’ and scab will be difficult to control in south Georgia.  ‘Morrill’ does not seem to be especially susceptible to black aphids.  Our ‘Morrill’ trees have grown off well and seem to be vigorous.

‘Morrill’ is a type II, protogynous, cultivar with pretty early receptivity.  I think it would be similar to ‘Elliott’ in pollination pattern.  It should match well with ‘Desirable’, ‘Pawnee’, ‘Byrd’, ‘Treadwell’ and ‘Mandan’.

‘Morrill’ is a new cultivar and we are still monitoring its yield and quality.  There are some older trees than ours around the state.  From what I have seen the biggest issues are scab susceptibility low early yields.  However, with a big, high-quality nut like ‘Morrill’, you probably don’t want the tree to over bear.  We would recommend ‘Morrill’ for trial for growers that want a large, high-quality nut and who are able to control scab well in their orchards. 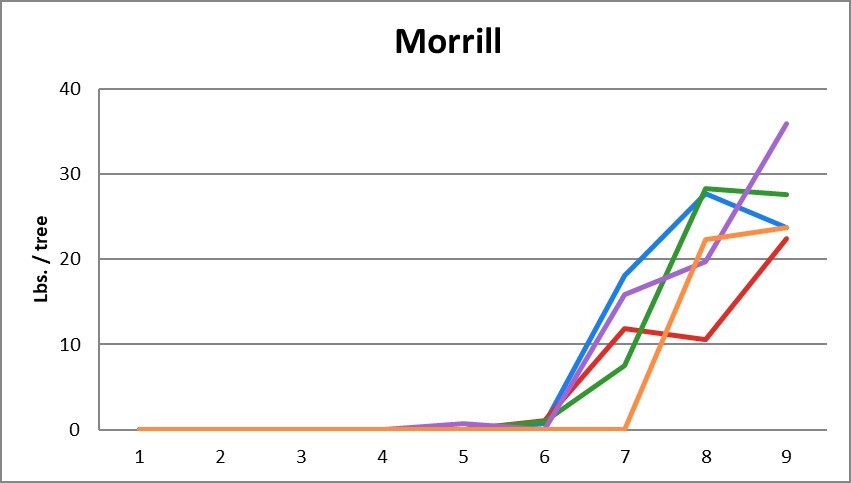