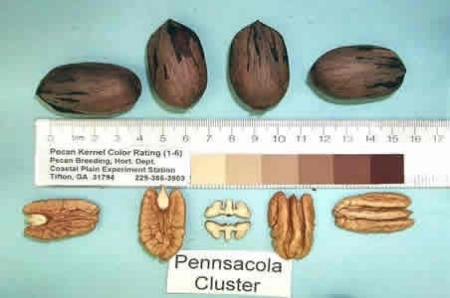 High-yielding cultivar with a large nut, but kernel quality and percentage fill are low.

'Pensacola Cluster' production from the Young Variety Test. Each colored line represents the yearly production in pounds of nuts from an individual tree beginning the year planted.