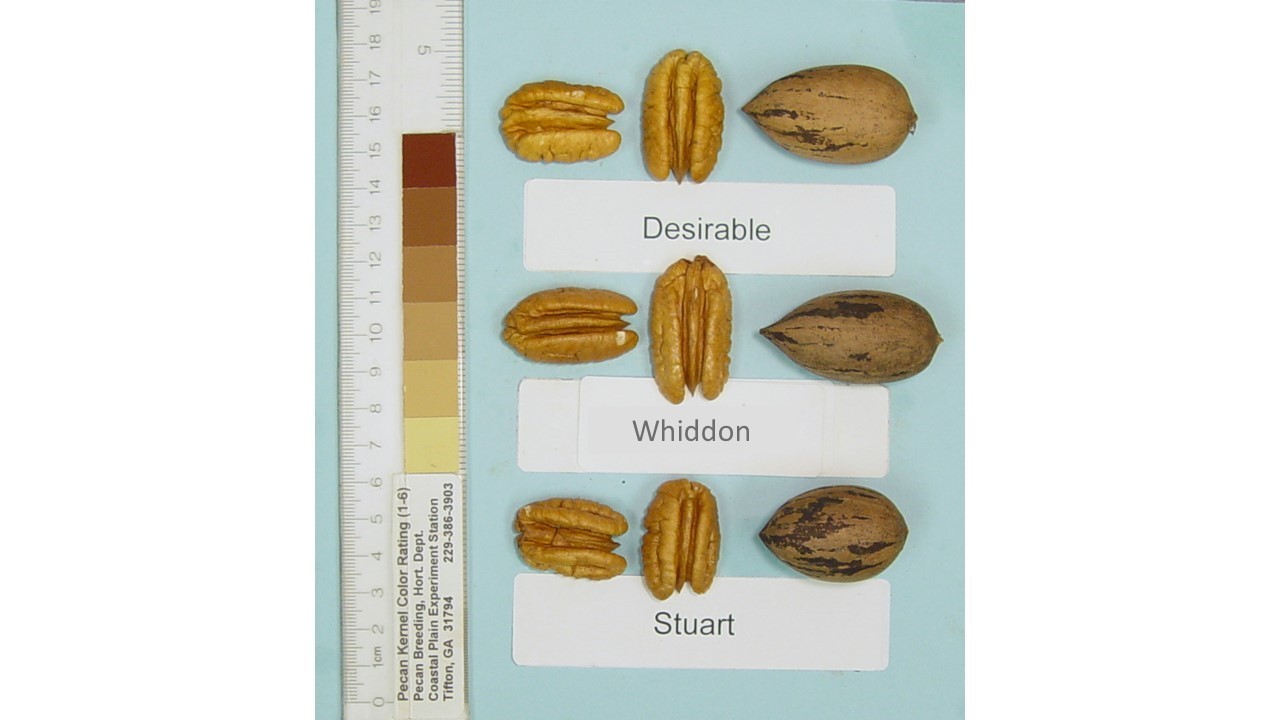 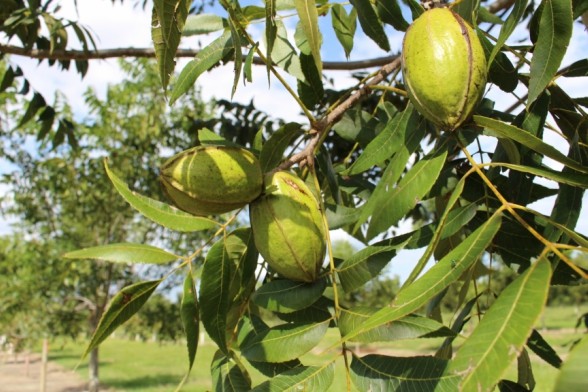 ‘Whiddon’ was released in 2015 by Dr. Darrell Sparks at the University of Georgia.  ‘Whiddon’ was originally tested as ‘Selection No. 16’ and originated from the cross ‘Pawnee’ x ‘Desirable’.

Trees of ‘Whiddon’ have not yet been planted in Tifton.  The information provided here is from observations of ‘Whiddon’ in a test orchard in Albany, Ga.

‘Whiddon’ was selected to be a replacement for ‘Desirable’ in Georgia commercial orchards.  ‘Whiddon’ produces a large nut (40 nuts / lb.) with slightly more oblong shape than ‘Desirable’.  Percent kernel has ranged from 52-54%.  Kernel color is similar to ‘Desirable’.  ‘Whiddon’ would appear to benefit from some crop thinning, so far off year crops seem to be 50% lighter than on year crops. Yield capacity of ‘Whiddon’ is mostly unknown, as most trees are still young.  ‘Whiddon’ has a similar harvest date as ‘Desirable’.

Current scab resistance of ‘Whiddon’ is reported to be good in well cared for orchards.  I have not tested it much yet and can not offer an opinion.  ‘Whiddon’ is pollination type I, protandrous, and would be pollinated by ‘Elliott’, ‘Stuart’, and ‘Schley’.

‘Whiddon’ was released as a replacement for ‘Desirable’ and ‘Cape Fear’.  Scab resistance is superior to ‘Desirable’, but I have not tested it enough to say much more than that.  Dr. Sparks also released ‘Tanner’ and ‘Huffman’ for this use.  ‘Whiddon’ appears more productive than ‘Huffman’ and ‘Tanner’, but may need more crop thinning.  ‘Whiddon’ may be the best choice for interplanting into an existing ‘Desirable’ orchard as it tolerates shading better than ‘Huffman’, but does not have the very early harvest date that ‘Tanner’ does.  Overall I need to see more of this cultivar to make a recommendation and it will likely be added to our next variety trial.