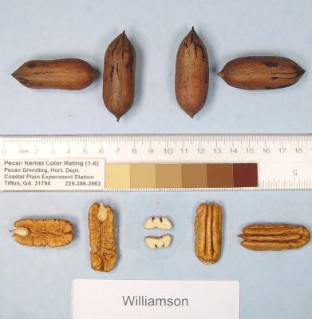 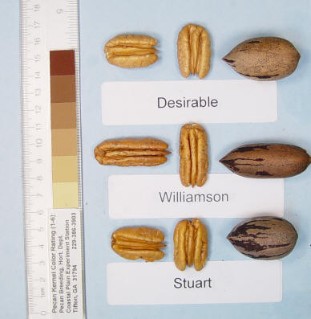 A seedling from Mill Creek, Oklahoma.

A 'Mahan'-type nut with filling problems. Yields have been poor.

'Williamson' production from the Old Variety Test. Each colored line represents the yearly production in pounds of nuts from an individual tree beginning the year planted.