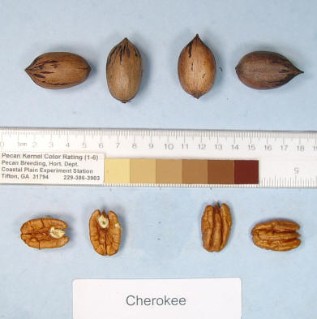 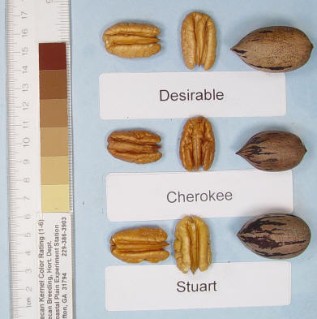 'Cherokee' is a selection from a cross between 'Schley' and 'Evers'. It was named and released in 1971.

Overloads. Does not fill when overloaded. Might be okay with nut thinning. Most nuts are blown out in cleaning. Not recommended.

'Cherokee' production from the Young Variety Test. Each colored line represents the yearly production in pounds of nuts from an individual tree beginning the year planted.