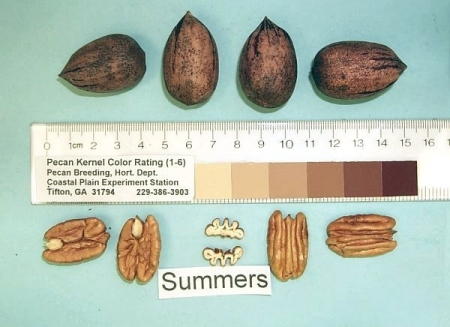 *Note that this is not the same cultivar as 'Sumner'.

No one will admit to propagating it.

A small, early-maturing, mediocre-quality nut. Fortunately, it was never widely distributed saving growers the effort of cutting it down.

'Summers' production from the Old Variety Test. Each colored line represents the yearly production in pounds of nuts from an individual tree beginning the year planted.